I always start a new Naughty Dog game with a weird combination of two things. Sky-high expectations in terms of technical and artistic achievement, and a cautious optimism about the usual mix of stealth, shooting and traversal mechanics. I patiently awaited the release of TLOU2, expecting a masterful conclusion to a decade which saw AAA games become exceedingly formulaic. Do I like to set myself up for disappointment? Maybe! But the teams at Naughty Dog know how to craft interactive adventures better than anyone else. And although one can always argue about the human cost of having such lofty standards, their track record is up there with the very best of the industry.

As planned, I started playing TLOU2 the day of its release last summer. Yet I found myself unexpectedly giving up a few hours in, disheartened. I didn’t understand the overwhelming disparity between the critical consensus (a tremendous 93 rating on Metacritic!) and my own opinion of the game. Did I miss something obvious? Did I play the game wrong? I searched online, and the biggest recurring criticism seemed to be the game’s excruciating storytelling. Its view on post-apocalyptic human psychology was described as untimely in the context of the Covid-19 pandemic, when we all needed hope instead. Sure, TLOU2 is an exercise in pessimism and psychological exhaustion, and probably not many people would sign up to watch a 25 hours long version of The Road, but that doesn’t necessarily make it bad entertainment per se. Red Dead Redemption 2 makes for an interesting comparison: not the most hopeful story, quite a slog in terms of gameplay, at least twice as long, yet I played through all of it and would happily do it again.

For months, I had this nagging feeling in the back of my mind, an unfinished business with the game. I wanted to know the rest of Ellie’s story. So I decided to follow the advice of my good friend @Eyardt, and last month I relaunched my existing save file to try and get some closure. With a first playthrough now under my belt, I feel compelled to put into words my issues with the game. It still bothers me that none of the reviews I’ve read seem to challenge the game on what is to me a glaring ludonarrative dissonance, one which stopped me dead in my tracks.

At its core, TLOU2 is a stealth action game with enemies who primarily react to sound (most notably clickers, the game’s famous take on infected/zombies, and dogs). Players learn and master various ways to avoid or eliminate threats in order to traverse linear levels (with the odd open area thrown in for good measure). You can attract or distract enemies with various noise-making tools, such as using your weapons, throwing bricks/bottles, and through the environment (e.g. walking on broken glass). And because the game is so focused on creating a dark survival experience based on resource scarcity and ominous encounters, it omits (deliberately?) another gameplay tool that is usually a staple of stealth games. In TLOU2, players cannot ask their character to make noise on purpose (blowing raspberries, whistling, shouting, knocking on stuff, etc). It’s totally fine on principle, as long as the player accepts this limitation as part of the game’s rules, and willingly suspends their disbelief. You could argue that this undermines the experience of playing a highly skilled survivor, but the first game played around the issue for the most part. Unfortunately, TLOU2 ends up highlighting it in an unfortunate way. Spoiler alert.

A dozen hours in, Ellie attempts to go through a wooded area at night, and encounters a new faction called the Seraphites, or Scars. And the player soon discovers that members of this faction (a mainstay for the rest of the game) are experts at stealth maneuvers, and use a language based on whistling to signal their position and actions to each other. Which is a great idea for shaking things up! Games keep players on their toes by routinely introducing new obstacles that require us to adapt on the spot and explore other abilities, weapons, etc. For instance, MGS V gradually equips enemies with helmets and heavy armor if you keep hitting headshots or shoot them with the tranquilizer gun. The enemies will even cheekily discuss this while you spy on them, trying to figure out a new tactic on the spot. But the issue here is that the game suddenly introduces a new gameplay tool that would make perfect sense for other characters to use in this world, especially Ellie.

What makes this increasingly frustrating is the fact that the scene bears the hallmarks of an incredible sequence. In a perfect world, TLOU2 could have introduced this gameplay tool in the beginning, teaching us the fundamentals of noise-based stealth. Then it would have progressively challenged the player’s mastery of what I’ll call “whistle and maneuver” tactics. Until it would suddenly become inefficient through the introduction of the Seraphites, making players all the more vulnerable in that dark forest.

It could have even been used in tandem with the grappling feature, another staple of stealth action games that feels underused in TLOU2. Grappling a Seraphite could have let players learn their code to even the odds, and potentially turn it back against them later in the game. Instead, TLOU2 flexes its cinematic muscles by showcasing this tool exclusively through an enemy faction, and ends up shattering the player’s suspension of disbelief in the process. 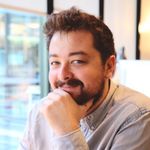